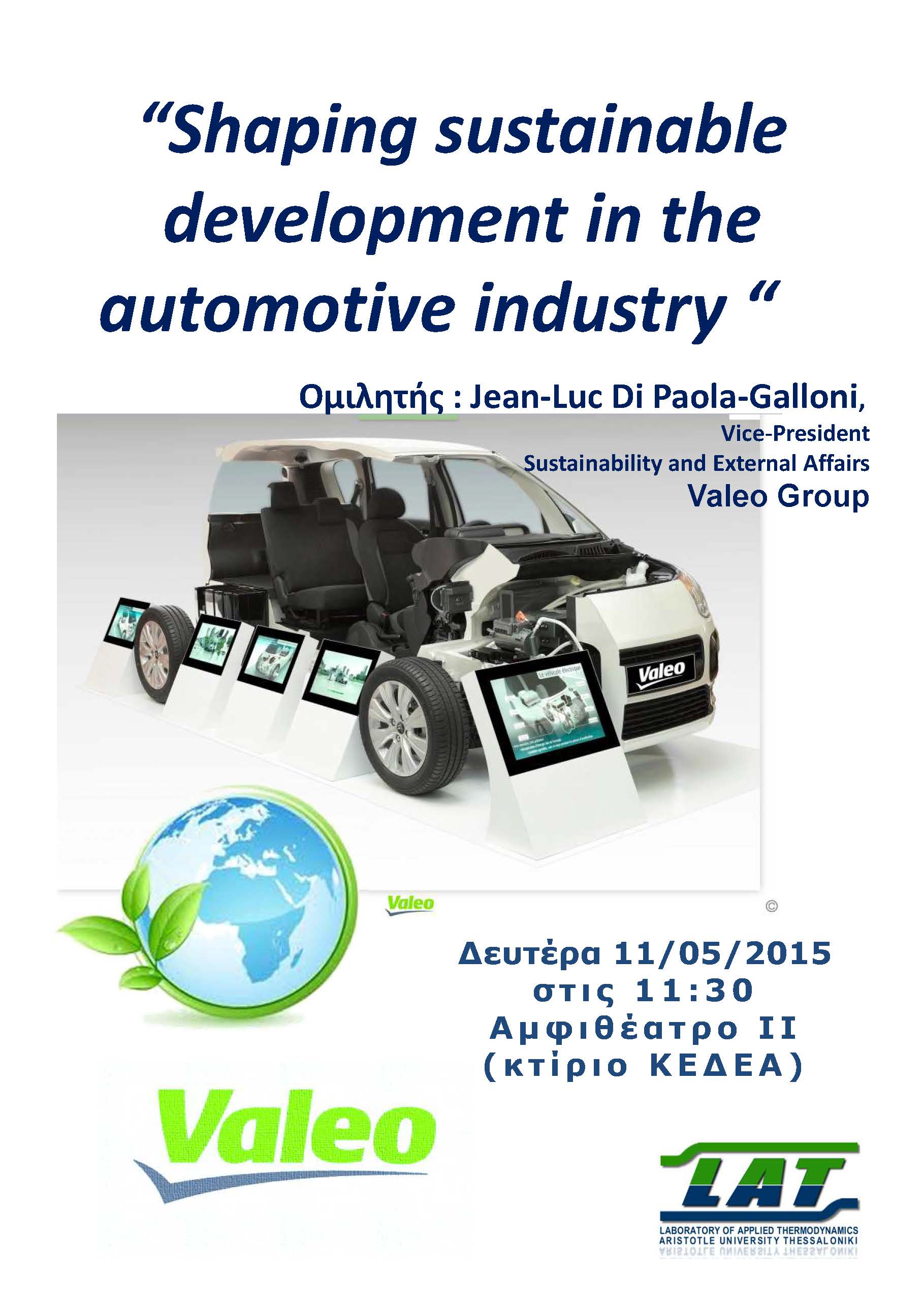 From 2010:  he is the Valeo member to selection and investment committee of the Fonds Avenir Automobile, (belonging to the French state owned Banque Publique d'Investissement– BPI) also he has been appointed member of the Board of The Fondation France-Japon de l'EHESS along with the Banque de France governor, a former Minister of Economy, Finances and Industry, and the President of EHESS (Ecole des Hautes Etudes en Sciences Sociales)

From 2006:  CEO’s delegate, member of the executive committee at Valeo

Member of the International Transport Forum, of the European Green Car Initiative, Harvard Club of France and member Napoleonic Society of America among others